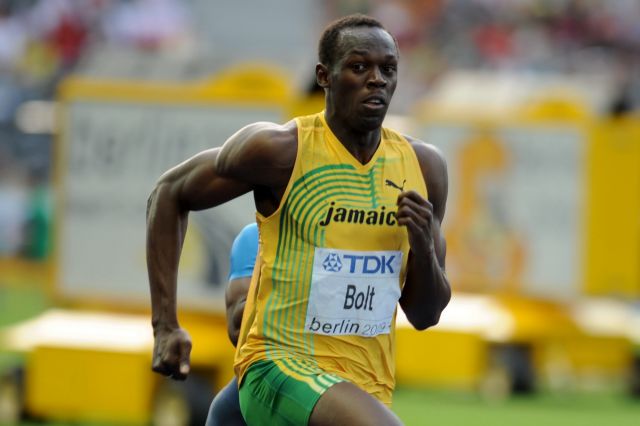 Part of what makes the Olympics fun is that if someone from your country is competing, you know who to root for. It doesn’t matter if you’ve never heard of the athlete. It doesn’t matter if you’re not really sure how the event works (do shot putters have to hold the shot put against their neck?). If, in my case, I see someone representing the US of A, that’s my guy/girl.

To use a phrase never applied to the subject of this story: Not so fast.

Confession time: I have been rooting for Jamaica’s Usain Bolt, even against Justin Gatlin and other American competitors. Does spending a week in Jamaica for my honeymoon grant me some sort of citizenship card I can present every four years? No? Well then, I guess I’m guilty of Olympic treason.

It helps that Gatlin is a doper. He has served his suspension and is now supposedly clean, but he’s not the easiest guy to cheer for. That being said, the PED stuff is a cop-out. Bolt is a once-in-a-several-lifetimes talent, a sprinter who literally smiles during races and still blows away the competition.* His interviews, if put into text, might come across as arrogant: “I wanted to run faster,” he said after dominating the 200 last night. He flashes a signature pose after every race. He soaks up the crowd’s adulation. Oh, and did I mention he coasts at the end of medal races to slap his chest or look back at the other runners?

*My favorite “Bolt is dominant” stat: In the 2009 World Championships, he set a world record in the 200 by finishing in 19.19 seconds. He was 0.62 seconds better than second place. The difference between second and third, and third and fourth, and fourth and fifth, and fifth and sixth, if you add them all up, was not as great (.58 seconds).

Despite all of this, Bolt is universally adored. Even his competitors seem to like him. Sports Illustrated’s Tim Layden wrote, “He is always friendly and thoughtful, fully engaged in the questions and his answers (uncommon among A-list celebrity athletes).”

An athlete this charismatic and this dominant doesn’t come around often. Gatlin could be squeaky clean and I’d still swap red, white, and blue for green, yellow, and black for about 30 seconds every four summers. Should I feel bad about that? Because I don’t.