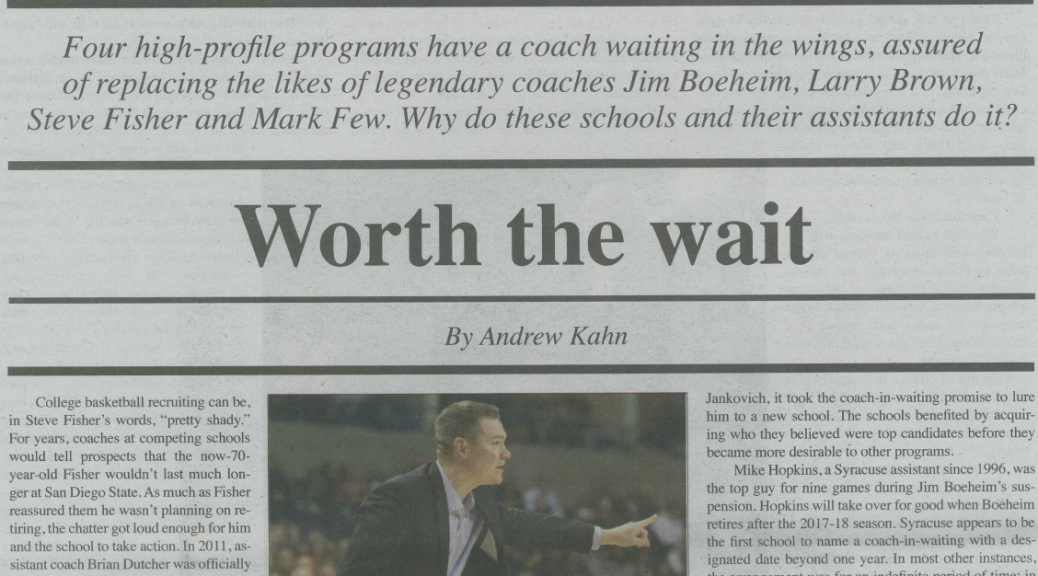 Jim Boeheim returns from his suspension to coach Syracuse on Saturday, thus ending Mike Hopkins’ nine-game tenure as head coach. But Hopkins will take over once Boeheim retires. The “head coach in waiting” agreement is not unique to Syracuse. Gonzaga, San Diego State, and SMU have similar arrangements.

I spoke to coaches at several of these schools as well as previous coaches in waiting, several of whom replaced their fathers, for a feature story in the latest Basketball Times.

San Diego State coach Steve Fisher does not script what he’ll say to his players in the huddle. But at the end of close games, if he senses any doubt or worry, he tells them to capture a positive thought. “Take a deep breath,” he’ll say, “and envision running off the floor with the victory.” Or, as he said earlier this month at Kansas, as an 11-point second half lead shrunk to one: “Imagine you just played the best 30 minutes of basketball of your life.” The Aztecs made four straight free throws to seal the win. They have won 108 games in a row when leading with five minutes to play.