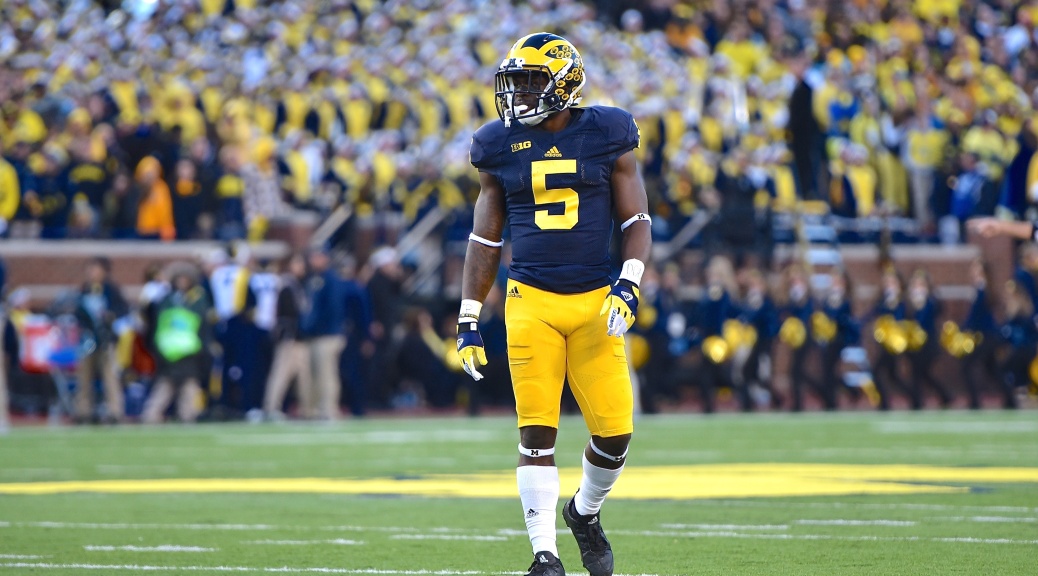 Can Michigan linebacker Jabrill Peppers win the Heisman Trophy, which will be awarded on December 10th? Yes, but history shows that just getting an invite to New York won’t be easy. As Michigan enters its bye week, midway through its regular season schedule, here are the elements working for and against Peppers as he makes his Heisman case:

In the 81 years the Heisman has been awarded, it has ended up in the hands of a quarterback or running back 73 times. Not since 1997, when Michigan’s Charles Woodson became the only primarily defensive player to win, has anyone but a QB or RB won. Peppers is a hybrid linebacker; the vast majority of his snaps are on defense.

Peppers is fifth in the country with 10 tackles-for-loss. Those will matter, as will forced fumbles, fumble recoveries, and interceptions. They are countable defensive stats that, while not always indicative of a great defensive player, many voters will overvalue.

More importantly, Peppers, like Woodson before him, returns punts and plays some offense. He already has three touchdowns: two rushing and one on a punt return. He’s tops in the country in total punt return yardage (fourth in average) and has carried the ball five times for 98 yards, good for a 19.6 average. The scoring stats undoubtedly helped Woodson’s case, and they’ll do the same for Peppers if he keeps it up.

For: Winning on a Big Stage

The last defensive player to get an invite to the ceremony (in 2012), Manti Te’o saw his case greatly enhanced by Notre Dame’s undefeated season. Michigan is only halfway there, and still must play at Ohio State, but the Wolverines are 6-0 and No. 4 in the country. As the award, more recently, has gone to the best player on the best team, Michigan’s success will help Peppers.

Asked about Peppers’ versatility after Michigan’s win over Rutgers on Saturday, Jim Harbaugh said, “Gosh, if there’s a better player in the country, I don’t know who it is. I know there’s a lot of great players out there, but to be able to coach a guy like Jabrill Peppers is a real joy…There’s nothing he can’t do. It’s the darndest thing I’ve ever seen. My humble opinion is we are looking at a Heisman Trophy winner.”

Playing for a currently undefeated Michigan team, as previously mentioned, is all the “hype” Peppers needs. But statements like this from Harbaugh won’t hurt. As I’ve written about before, Ohio State offensive lineman Orlando Pace was a Heisman finalist in 1996 partly thanks to a PR campaign.

There are, as Harbaugh said, “a lot of great players out there.” Quarterbacks Lamar Jackson (Louisville), Deshaun Watson (Clemson), and J.T. Barrett (Ohio State) are putting up big numbers for winning teams. Peppers is currently the fourth favorite to win the Heisman, according to Vegas, at 10:1, behind those three signal callers. Many informal polls have Peppers fifth, behind players like Washington QB Jake Browning, Houston QB Greg Ward, or Florida State RB Dalvin Cook.

Conclusion: All signs point to Peppers, if he keeps up his current level of play, getting an invite to New York as a finalist. However, if any of the quarterbacks continue to put up big numbers and win, it might be easier for Peppers to steal the ball from them in a playoff game than the award at the ceremony.