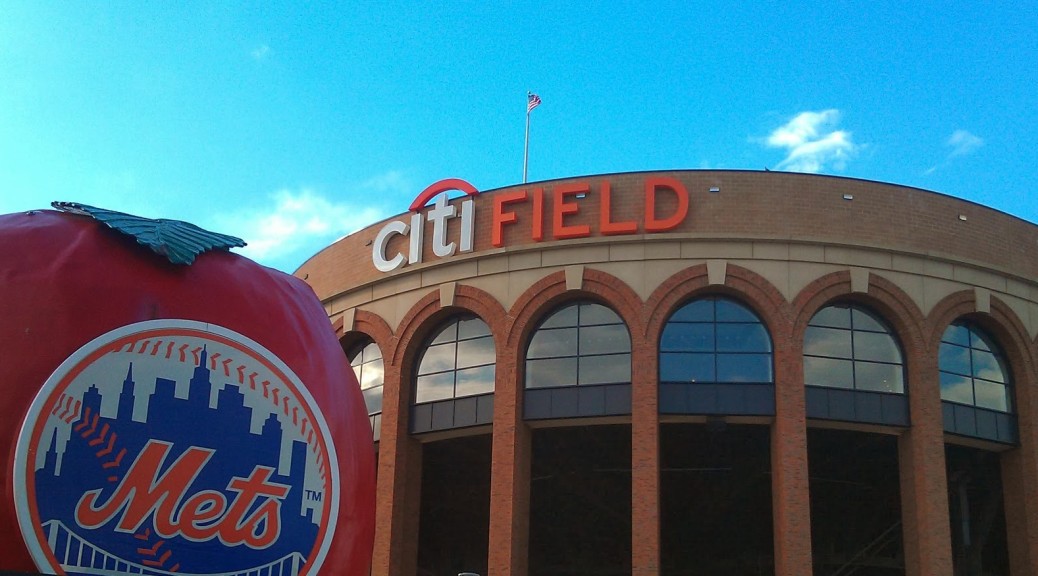 There was a New York Times article a couple of days ago in which several Mets fans expressed their disgust with Yankees fans rooting for the Mets during this year’s playoffs. One guy compared the bandwagon flip-floppers to postwar Germany:

“‘Yes, I was a member of the Nazi Party during the war. But sure, I’ll come over to your house.’ No, you can’t. Some really horrible things have happened.”

As far as I’m concerned, the Mets bandwagon has plenty of room, so hop on board! I’ve got friends and family who certainly don’t bleed orange and blue texting me that they’re pulling for the Mets. And I’m really happy to hear that. Have they abandoned their preferred team? No, but they enjoy this Mets team or, more often, they know I’m pumped about this World Series run and they want to congratulate me.

The Times article specifically talks about Yankees fans, and I’ve heard from many of them, too. The Mets fans quoted in the story are upset because Yankee fans are supporting the Mets and therefore Mets fans can’t gloat. I don’t want a Mets championship so I can rub it in my Yankee fan friends’ faces. I want a Mets championship so I can celebrate with other Mets fans. You know when Yankee fans “muscled in on the Mets moment,” as the article’s title states? When they played, and beat, the Mets in the 2000 World Series.

Had the roles been reversed this year and the Mets season was over while the Yankees reached the World Series, I wouldn’t be supporting them. Heck, I was probably the only person outside of Arizona that didn’t root for the Yankees in the 2001 World Series. But I might feel differently if the Mets had won five titles in my lifetime. Yankee fans are in a better place than we are, emotionally, and therefore less self-conscious.

A Yankees fan taking pleasure in the Mets success does not bother me. Neither does a dormant Mets fan suddenly caring again. I’ve seen some in-fighting among Mets fans, which also confuses me. Sports are something we can share with others in a very meaningful way, but they’re also intensely personal. I’m appreciating and enjoying this playoff run more than the person who just tuned in, but so what? There are certainly “bigger” fans than I am, who literally didn’t miss a game this season, or last, or the dreadful early 2000 years, who reads about the team in the winter and attends a dozen games every summer. That person may be getting even more out of this than I am, and good for him or her.

Like most things in life, you get out what you put in. Bandwagon fans didn’t “pay their dues,” so any pleasure they’re getting from this is artificial. Take comfort in that if you must. Or just enjoy the ride for once!