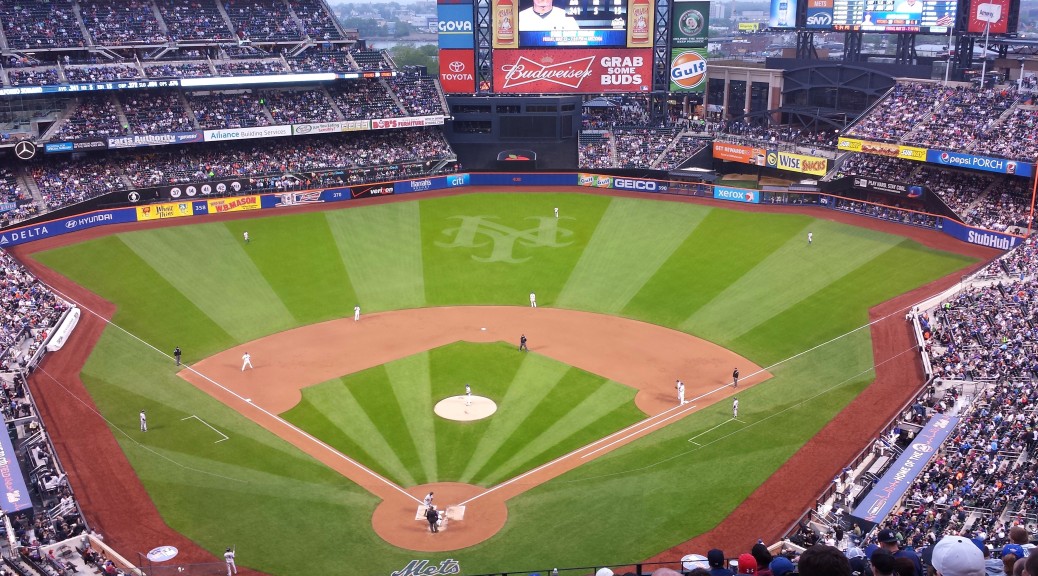 “There was no rush hour in New York that evening,” wrote Roger Angell about Game 6 of the 1986 National League Championship Series, being played by the Mets and Astros in Houston. “So many office workers stayed in their offices to follow the game that the buses and avenues in midtown looked half empty.” He mentions a New Jersey Transit train that just happened to have “signal difficulties” before a long tunnel that would have prevented the game’s radio transmission from coming through, but resumed service as soon as the Mets scored three runs in the top of the 16th. A man running in Central Park was stopped by a “strange, all-surrounding noise…It came from everywhere around the Park, he said, and it wasn’t a shout or a roar but something closer to a sudden great murmuring of the city: the Mets had won.”

It may be hard for anyone under the age of 30 to believe, but there was a time that the Mets, not the Yankees, were New York’s team. The Mets were younger, more entertaining, and better. That hasn’t been the case, at least not the “better” part, for 20 years. That may be changing.

“I think every ingredient is in place today for the Mets to reclaim New York,” says Tom Verducci, lead baseball writer for Sports Illustrated. “They’re an exciting team with some swagger and they have young players who have come up through their system making an impact.” Says ESPN New York’s Andrew Marchand, “The Yankees are ripe for the taking. If the Mets are going to make New York their town again, this is the time to do it.”

The Yankees did not make the playoffs from 1982 to 1994, and the Mets had some of the franchise’s best years on each side of their 1986 championship. Media coverage of the Yankees during that time focused on George Steinbrenner’s tirades. The Mets were getting ink for their brash players and winning ways. “New York was a National League town back then, a Mets town,” says Verducci, who covered both teams for Newsday during that time. It wasn’t just the winning. The Mets’ marketing slogan in 1986 was “Baseball Like It Oughta Be” and Jim Naughton, the New York Daily News’ Mets beat writer at the time, says that meant an emphasis on players who came up through the farm system. “It contrasted with the free-spending, free-agent Yankees. People could feel virtuous about rooting for Mets. They were rooting for things being done the right way.”

As you may have heard, Derek Jeter retired after last season. Mariano Rivera, Andy Pettitte, and Jorge Posada, other members of the Yankees long-tenured core, retired over the previous few seasons, and Robinson Cano was not re-signed last offseason. Among the Yankees’ projected Opening Day starters and starting rotation, only Brett Gardner and Masahiro Tanaka haven’t played for another major league team, and Tanaka was signed from Japan and spent no time in New York’s farm system. Only Gardner, Mark Teixeira, Alex Rodriguez, and C.C. Sabathia have been with the team for longer than a year.

Contrast that to the Mets. Seven of their position players are lifelong Mets; same with four of their five starting pitchers. Plus, eight of these players are under the age of 30; the Yanks only have three such players.

Fans generally prefer homegrown players. There’s a familiarity with them, a sense of ownership over their success. “It’s almost like your own kids where you can see them grow up and follow them throughout the minors and their growing pains when they get to majors,” Verducci says. But watching even your actual kids lose is no fun. And that’s been the issue with the Mets, who have not made the playoffs since 2006 and have posted six straight losing seasons, a current streak matched only by the Houston Astros. The Yankees, meanwhile, followed up their aforementioned playoff drought with 17 appearances in 18 seasons, including five World Series titles.

Mets fans’ optimism stems from the fact that Matt Harvey, the 2013 All Star Game starter, is returning from Tommy John surgery that cost him all of last season, when the Mets finished 79-83, tied for second in the NL East. Harvey rejoins a rotation that includes reigning Rookie of the Year Jacob deGrom, and young arms Noah Syndergaard and Steven Matz, the franchise’s top two prospects, could debut this season. The Mets were in the middle of National League in runs scored last year despite down years from David Wright and Curtis Granderson. Lucas Duda hit 30 home runs and catcher Travis d’Arnaud was superb after his demotion last June. Center fielder Juan Lagares won a Gold Glove and improved his hitting significantly from the year before. The team as a whole had a positive run differential. There are still a lot of ifs, but for the first time in several years, a playoff berth is kind of, sort of, expected.

The Yankees have missed the postseason the last two years and are coming off their worst season since 1992. They are viewed by the oddsmakers as worse than the Red Sox and no better than the Orioles or Blue Jays in the AL East. “Last year the Yankees really rode the coattails of Jeter’s retirement; otherwise I think their attendance would have cratered,” Verducci says. “They’re dependent on getting off to a good start to convince fans that this is a good team they can fall in love with.”

Despite Marchand’s belief in the Mets’ potential, he thinks the Yankees have a better shot at making the playoffs because he believes the American League is weaker and because the Yanks are much more willing and able to spend money. “I’m not going to pick the Yankees to win the division this year but I think they have some overlooked assets. I don’t think they’re necessarily going on a downturn.”

No matter how the future looks, it’s hard to shake the past. And at least recently, the Mets have sold hope while the Yankees have hung banners. “Baseball Like It Oughta Be” may have been a bit pretentious, but “The Team. The Time.” and “Your Season Has Come” were simply false. No word on a Mets slogan for this season, but the players did receive shirts that read, “Take the Damn Thing.” Take what, exactly? A playoff spot? The city? They’re both on the table.