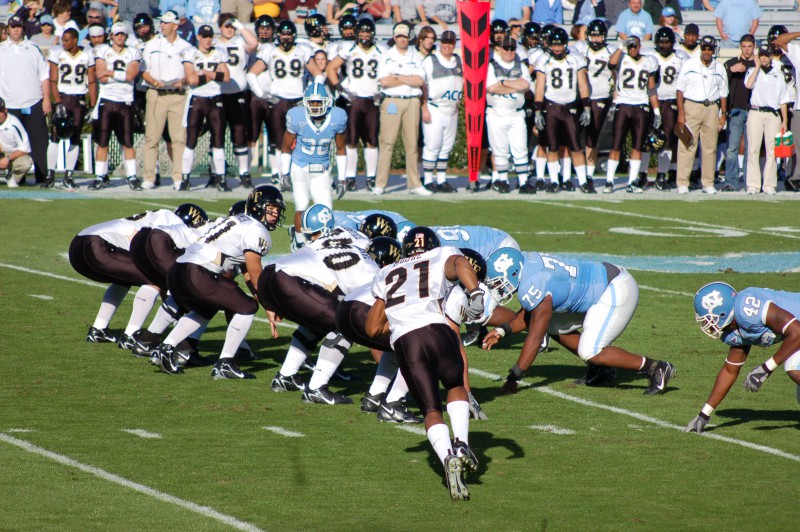 When did college athletic conferences cease to be unifying bodies within a larger organization? Long before Monday, when Wake Forest and North Carolina, both ACC schools, agreed to play nonconference games against each other in 2019 and 2021. It was just another reminder that realignment is sending college sports down the toilet and we’re all screwed.

The ACC has a lot of teams — 14 and growing daily, it seems — and so non-protected cross-divisional matchups happen just once every six years.  “That ain’t right,” Wake and UNC agreed, and decided to reallocate one of their four nonconference games. I have friends and family that are Wake Forest alums and they are happy about the agreement. Duke and North Carolina State are reportedly considering a similar deal. The Big Ten faced the same problem when it expanded to 14 teams, but has taken corrective measures by adding a ninth conference game starting in 2016.

Of course, who’s to say what conferences will look like four, five, six years down the road? Someone once said it makes more sense to think of conferences as media entities than as athletic leagues. That’s how you end up with Midwest schools in the Big East and a Midwest-heavy Big Ten hosting its basketball tournament at Madison Square Garden. Such changes allow conferences to “grow their brand” in bigger markets, as conference commissioners like to say.

It’s all baloney to fans and anyone else who cares about the future of the sport more than a quick buck. Administrators are starting to realize this, hence the Wake-UNC arrangement and Big Ten changes. Maybe there’s hope for you yet, college sports.