Remember Playmakers? It was the name of the first original drama series on ESPN. Eleven episodes aired in the fall of 2003, and even though the show was a ratings success, ESPN cancelled the series under pressure from the NFL. The league didn’t like how it was being portrayed, and ESPN didn’t want to further anger a television partner. This probably wasn’t the reason ESPN suspended writer Bill Simmons for his anti-Roger Goodell comments, but it’s hard to shake the possibility.

Simmons, the face of ESPN’s online efforts, repeatedly called Goodell, the NFL’s commissioner, a “liar” in his podcast on Tuesday for his handling of the Ray Rice situation. Then he dared ESPN to take action. After his podcast guest tried to steer the conversation away from Goodell, Simmons said, “I really hope somebody calls me or emails me and says I’m in trouble for anything I say about Roger Goodell. Because if one person says that to me, I’m going public. You leave me alone. The commissioner’s a liar and I get to talk about that on my podcast…Please, call me and say I’m in trouble. I dare you.”

Someone called. And they hit Simmons with a three-week suspension. ESPN’s statement:

“Every employee must be accountable to ESPN and those engaged in our editorial operations must also operate within ESPN’s journalistic standards. We have worked hard to ensure that our recent NFL coverage has met that criteria. Bill Simmons did not meet those obligations in a recent podcast, and as a result we have suspended him for three weeks.” 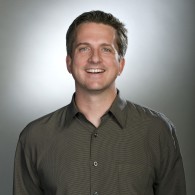 Were Simmons’ comments any worse than other ESPN personalities’? Keith Olbermann said Goodell and the league were guilty of a “cover-up.” Parse Tedy Bruschi’s words—“I don’t know if [Goodell] even believes what he’s preaching”—and it seems he shares Simmons’ opinion of the commissioner.

Despite airing Monday Night Football, ESPN didn’t discipline Olbermann, Bruschi, or anyone else other than Simmons. ESPN’s own Ombudsman called Goodell’s response to the Rice video “inept and seemingly complicit” and wrote that the network’s coverage was its “finest hour.”

While there’s nothing about Simmons’ “dare” in ESPN’s statement, it’s reasonable to assume that it factored into the punishment. Simmons gave the impression he is above the law, and his employer reminded him he isn’t. Simmons has been punished by ESPN before, always for comments against the company, not any third party.

Then again, let’s not forget Playmakers. At the time of the show’s cancellation, an ESPN VP told The New York Times, “It’s our opinion that we’re not in the business of antagonizing our partner, even though we’ve done it, and continued to carry it over the NFL’s objections. To bring it back would be rubbing it in our partner’s face.”

In the end, Playmakers was a fictional program (albeit a very prophetic one). League of Denial was not. It was a documentary film about football-related concussions that was initially a joint venture between PBS and ESPN. During production, ESPN pulled out, ostensibly because of pressure from the NFL.

Were the same influences in play for Simmons’ suspension? Given what his ESPN colleagues have said on the air the past few weeks, probably not. But when an NFL partner is involved, you wonder what the so-called shield is trying to cover.