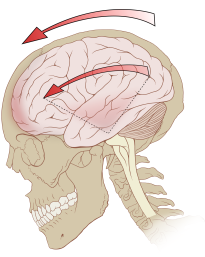 Everything changed when I met Eric LeGrand. A lot of people have said that about their encounter with him, but I don’t mean I was inspired by his courage, uplifted by his upbeat attitude, or motivated by his determination—although I was all of those things. Meeting Eric LeGrand made me feel OK, or at least better, about watching football. And it convinced me that player safety is out of the sport’s hands.

I love football, both the college and professional game. I love watching it and writing about it and there was a time when I loved playing it.* Then I started learning more about head injuries. Dave Deurson shot himself in the chest in 2011. Junior Seau did the same in 2012. The concern over the safety of the game skyrocketed at the same time I was working at a nonprofit that promotes brain health awareness. I’m not a neuroscientist and can’t claim to be an expert on the brain, but my day job has made me far more aware of the seriousness of head injuries than your average football fan.

*Except for Tuesdays; that was when we did full-contact tackling drills. With two future NFL players on the roster, well, let’s just say I went to plenty of academic “extra help” on Tuesdays.

So as much as I love the game, I was seriously contemplating giving it up—I didn’t watch last year’s national championship game as part of a BCS boycott; I was thinking about not watching a 2012 NFL game because I didn’t want to support a barbaric sport.

When I floated this idea to my brother, he asked if I’d still watch college football. The college players are smaller and slower, so the hits aren’t as bad, I told him, in an attempt to justify why I’d still watch football on Saturdays but not Sundays. He quickly reminded me how silly—and hypocritical—that was. Clearly I enjoyed college football more than the NFL and couldn’t imagine giving it up. At that point I decided it was all or nothing for my football viewing. In early May, before I had to decide, I met Eric LeGrand while covering a story for Newsday.

A quick summary of LeGrand’s story, in case you don’t know: a defensive end and special teams player for Rutgers University, LeGrand was paralyzed from the neck down while making a tackle on a kick return on October 16, 2010. Told he would never breathe without a respirator, LeGrand has made unbelievable strides in his recovery. He can already do more than doctors ever thought possible, but his ultimate goal is to lie down on the field in the same spot he was injured, get up, and walk away. To learn more about LeGrand, buy his book, due out in late September.

When I spoke to LeGrand, I asked him about the New Orleans Saints bounty scandal, which was all over the news at the time. I asked him the following question, verbatim: “With the New Orleans Saints and their bounties, and players being suspended, what are your thoughts on that, being that you were severely injured on the football field?” I believe I posed the question with no bias, but I admit I expected LeGrand to lay into Jonathan Vilma, the Saints, and anyone who’d intentionally injure an opponent on the football field. I was wrong. Here’s LeGrand’s answer, in full:

“That stuff happens. When you’re playing the game of football, you know that anything can happen to you. It says right on the helmet—warning: you may receive concussions or you may become paralyzed from playing. You can’t really worry about getting hurt. When I see players like that getting suspended—stuff like that happens all the time in the NFL, like other players said. I never experienced it in college football or high school. But it’s the game of football. You’ve got to protect yourself out there. If you’re good, people are going to gun for you out there. That’s the cost of being a good football player. In that case you’ve just go to beat them and make sure you don’t get hurt. That’s crazy with all the suspensions and stuff. Vilma’s suspension for a year? That’s going to take a lot of money out of his pocket. I guess that’s what the commissioner has to do to keep control of the league, but it still happens out there all time, so that’s going to be hard to control.”

But your injury was a freak thing, I told LeGrand, perhaps revealing too much of my opinion on the subject. “In this case, players were intentionally injuring their opponents. Going after a guy’s head or knee, is that football?”

“That’s not football, but it’s a tough game out there,” LeGrand said. “They have a better chance at winning if that one person’s not on the field. In some cases people take measures like trying to go out and injure that person. I don’t agree with that, but it does happen. I’m not going to get upset about it because it does happen. It’s the game of football. If their good players aren’t out there, then you have a better chance of winning. It’s all about winning in that league.”

Just days before we spoke, LeGrand had signed a contract with the NFL’s Tampa Bay Buccaneers. (The Bucs new head coach was Greg Schiano, LeGrand’s coach at Rutgers, and the signing was purely symbolic, as 2012 would have been LeGrand’s draft class. Obviously LeGrand could not suit up for the Bucs.) His comments to me made it seem like he had already adapted the attitude of many of his professional peers. Remember what Brett Favre said when he learned he was a target in the Saints’ bounty program? “I really don’t care.” He considered it an honor!

NFL commissioner Roger Goodell can’t fix his league’s concussion problem.* The culture in the locker room needs to change, and it’s unlikely that it will. The only hope is that the technology—safer helmets, in-game concussion monitors—and the medical treatment improve before football falls out of the mainstream.** Because the players themselves understand the risks and accept them. As LeGrand told me, “It’s not like we’re not warned. They tell us about [concussions]. We put ourselves at risk going out there. We have a choice. We don’t have to do it.” They play because they love the game and if they make it all the way to the NFL they are compensated handsomely for their sacrifices. Enough to offset a middle age filled with back pain, torn knees, and maybe headaches, depression, and dementia? Just because you or I would say no doesn’t mean these guys would.

*It’s not clear that Goodell wants to, anyway. His attempt to add games to the schedule and the current referee lockout—in a year when he is asking the officials to help ensure player safety more than ever—proves he’s not that serious about safety.

**The problem with safer helmets is that they encourage more reckless play. Think about it. If you’ve got a leather helmet are you going to launch yourself head-first at another player? What about if you have a high-tech, well-cushioned helmet? You might feel invincible. I’m putting more stock in concussion-reading helmets. As far as the latest medical research, I recommend this article.

I didn’t feel good about what LeGrand told me. And perhaps even if I didn’t speak with him I’d be watching football this season anyway. Maybe I was looking for an excuse to do so. I know that on Saturday I’ll be on the couch watching football all day and doing the same the following Sunday, just like millions of Americans.

Are you ready for some football?

One thought on “Should We Support Football?”