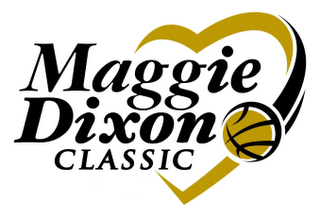 The University of Connecticut women’s basketball program is one win away from tying UCLA’s record of 88 consecutive victories. The No. 1 Huskies play No. 10 Ohio State at Madison Square Garden on Sunday as part of the Maggie Dixon Classic, a doubleheader that also features Rutgers vs. No. 7 Texas A&M.

It’s fun to compare the two streaks, but that’s not what I’m going to do. Both are beyond absurd and overwhelmingly impressive in their own right. I’m just going to focus on UConn, which last lost to Stanford in the 2008 NCAA Tournament final, 82-73. It was one of only two losses for the Huskies that season.

“First of all, winning one game is hard,” said Josh Pastner, the men’s basketball coach at Memphis, during a conference call before last week’s Jimmy V Classic. “The streak that they’ve put together is ridiculous. And I don’t care if it’s men’s, women’s, it doesn’t matter. To win at that level, when you’re getting everybody’s best shot every single time you step on the floor, is a remarkable thing. Whenever they do get taken out, that’s possibly a streak that might never be matched again in men’s or women’s.”

Led by head coach Geno Auriemma, now in his 26th season, UConn’s achievements are staggering. In the 2008-09 season, UConn went 39-0. They repeated that feat last season. Add in their perfect 9-0 record this season and you get 87 straight wins. It’s better to simply present the raw numbers than to try to find words that describe the achievement.

If a team is winning that many games, it’s pretty clear it is dominant. That is certainly reflected in the scores of UConn’s games during the streak. In the 2008-09 season UConn had only eight close games, defined here as games won by 15 points or fewer. In just two of those games was the score really tight at half—the Huskies were tied at half in one and leading by three in another—but the end result for each was a double-digit Connecticut victory.

In fact, every single UConn game that season was a double-digit victory. As you might imagine, this was the first time any NCAA Division I basketball team (men’s or women’s) went undefeated and won every game by at least 10.

Last year, UConn had only four close games. Only two of these were “close calls,” both against Stanford. The Huskies trailed by two at half of a December game and were down 20-12 at halftime of the National Championship. The Huskies rallied both times, though their margin in the finals was just six. It was the first UConn victory by fewer than 10 since March 11, 2008, a span of 25 months.

It didn’t take long for UConn to have a close call this season, however. After beating Holy Cross in its opener by 80 points, the second largest margin of victory in school history and largest during the win streak, the Huskies followed it up with their much-anticipated rematch with Brittney Griner and Baylor. Connecticut won 65-64.

“I’m the biggest Geno [Auriemma] fan in America,” said Tom Izzo, Michigan State men’s basketball head coach, during the conference call. “I buy his tape to watch him. I think there are a lot of great programs, but I think the one thing that Geno has done is not to have the letdowns. How he can keep his team at the level he does is almost unreal. I respect him way more for that than his championships. If he’s supposed to beat a team by 20 he beats them by 30. There are few programs that can do that. I hope he breaks the record; I think he deserves it.”

To pick against UConn is obviously a senseless prediction, but going into that epic game against Baylor I thought the Huskies might actually lose. Connecticut is a young team, particularly on the interior, and Griner was able to take advantage, fouling out two UConn freshmen. But the Huskies, as they always do, found a way.

It may not be easy for UConn against Ohio State either. The Buckeyes have a dominant frontcourt player in All-American Jantel Lavender, the nation’s leading scorer at 26.6 points per game. Point guard Samantha Prahalis is averaging 14.5 points and just under 10 assists per game, and it will be a homecoming of sorts for the Long Island native.

Even so, Ohio State head coach Jim Foster, under whom Auriemma was an assistant at St. Joseph’s University in the early 1980’s, will obviously have his hands full with his former pupil.

Next Tuesday, just two days after the Ohio State game, Connecticut faces another top-15 team in Florida State. A rematch with No. 2 Stanford looms at the end of the month. It won’t be easy for UConn to enter 2011 undefeated, and its Big East schedule will feature a handful of ranked opponents.

Of course UConn has faced plenty of very good teams the past two-plus seasons and has come out on top every single time.